After I visited the Vatican, I was exhausted and decided to take the train back to the hotel. I got on a train and then they announced that it wasn't moving from the station so everyone headed for the bus. I saw an African man and asked him if he knew which bus went to the station. He said he was also headed that way and would show me. He told me his name was Abdoulaye from the Gambia.

We waited for the bus with an enormous crowd. I wanted to cram into one of the next three buses that came but Abdoulaye said we should wait for an empty one. He warned me to watch out because there were many thieves. Finally a bus came and we pushed our way to the front of the line and got seats. A German (?) family came and sat in the two seats across from us. The father struggled to fit both of his sons in the chair with him. Abdoulaye offered to let the boy sit in his lap so there was a little blond six-year-old balancing on his knee.

During the rest of the way to the station, Abdoulaye told me of his journey from the Gambia, to Senegal, Mali, Algeria, Morocco, and then finally Canary Islands (Spain), and one year in Barcelona. For the past eight years he has sold handbags on the side of the road in Italy with many of his compatriots. He explained to me the three types of police, only one of which is feared by the vendors. When we arrived at the station the family was exceedingly appreciative to Abdoulaye and asked if they could take a picture of him with their son. I offered to take a picture of the entire family with Abdoulaye. I wish I had a copy of it. The family was so touched by a simple act of kindness, the likes of which are repeated many times a day in the Gambia.

Abdoulaye is a hero; he sacrifices everything for his family and suffers in order to send money back home every month. He traveled a perilous journey they many people don't survive. He runs from police and hides yet never stops helping others and working to make everyone around him more comfortable. The world needs more people like Abdoulaye and people like him need to be more appreciated and rewarded in this harsh world.

The next day when I was leaving the hotel an American couple returned from the station and had just been robbed moments before on the train. Someone stole the man's wallet from his pocket. I offered to let them use my phone (I have a free U.S. phone number through Skype) and I thought of Abdoulaye, who had warned me against cramming into a bus. Abdoulaye's generosity and thoughtfulness was a gift in many ways.
Posted by Unknown at 4:13 PM 24 comments:

Shiro: The food of the people

Every night in Rome I ate shiro, gomen, awaze and injera for dinner at "Asmara" restaurant down the street from my hotel. On my last night, I walked back to the station with an Eritrean named Ali who invited me for "chai" on the way. We went to a bar that was filled with Eritreans. I drank chai while Ali had a couple of beers. We listened to Tigrigna music and I met many new friends. Many of the guys in the bar are living in a refugee camp in Rome run by the UNHCR. 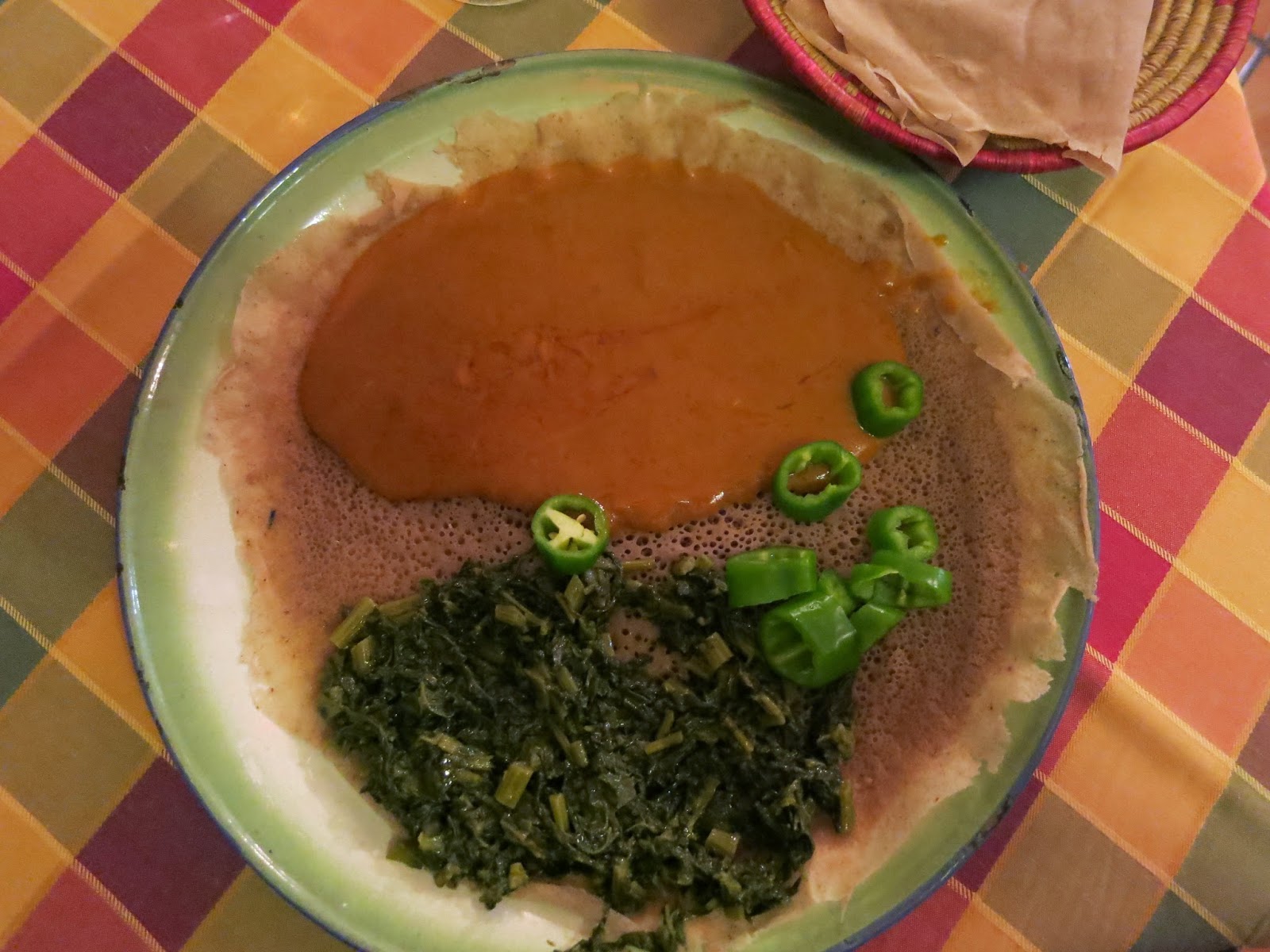 Most of them spent some time in Shimelba, the refugee camp where I worked for a short time in 2009. Ali told me me he's been unemployed for the past two months, even though he has lived in Italy for the the past nine years, spent 12 years in Saudi Arabia, visited Dakar and too many other cities to list. He is fluent in Arabic, Tigrigna, Italian, and English. I paid for his beers but couldn't do much else for him. 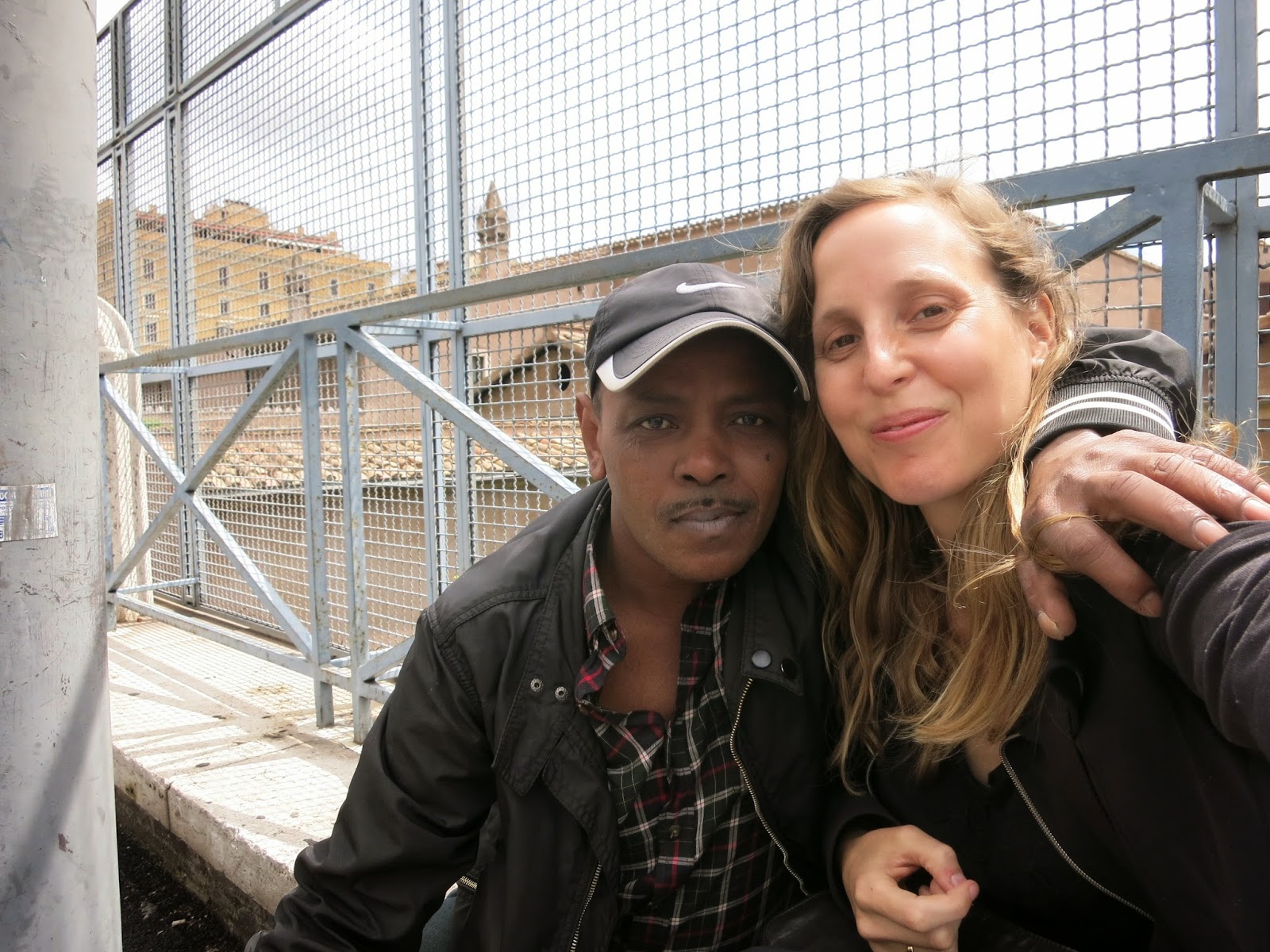 The next day I saw Ali again, and a few minutes later found an Ethiopian supermarket. The other tourists I met told me it was strange that I came to Rome to eat shiro every night but to me it's the most logical thing in the world. I would eat shiro every night if I could. Hanging out with a bunch of Eritreans is a great opportunity for me. The da-dun-da-dun rhythm of their music is in sync with my heartbeat.

Even though most of the people I met in Shimelba came to the U.S. and are living happier moments in their lives, I can't forget their pain and the unfair treatment they received in this life. No one chooses where to be born. I could be Eritrean, living on the margins, hiding from police, & struggling for work. Yet here I am, with my golden passport, traveling wherever I choose, a perpetual tourist. I will never be able to change the root of oppression or relieve the immense suffering of the people I meet. No amount of shiro can change this fact.
Posted by Unknown at 3:38 PM 20 comments:

I went to Rome, Italy for four days. It was just enough time to feel ready to leave by the end of the trip. Of course I wish I would have had time to visit other cities. 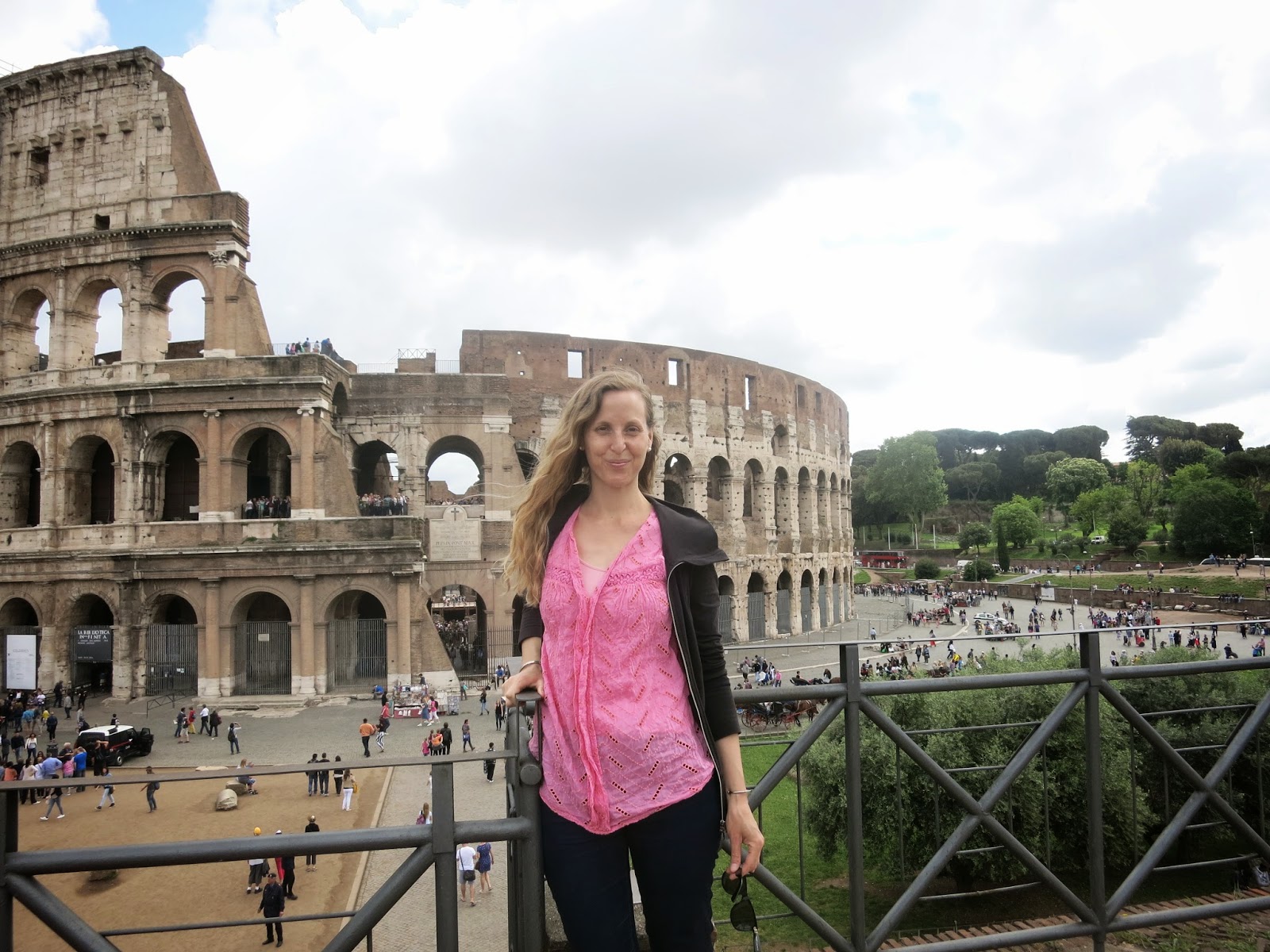 As soon as I arrived in the airport I took a train to the central "Termini" station, where my hotel was located. I found the hotel, dropped my bag off, grabbed a city map and headed out to see the city. As soon as I left the hotel I heard someone say, "Hi," and then "wallahi," which is an Arabic expression common in Senegal & Mauritania. I turned around and said, "nanga def" and two young men replied, "man-gi fi rek," the response in Wolof. Then I asked if they spoke Pulaar and they said yes. So we chatted for a while about life in Italy for "immigres" (immigrants) and they invited me for coffee. I politely declined, anxious to explore the city. Meeting new friends upon arrival was the best welcome to a new city I could ever ask for. 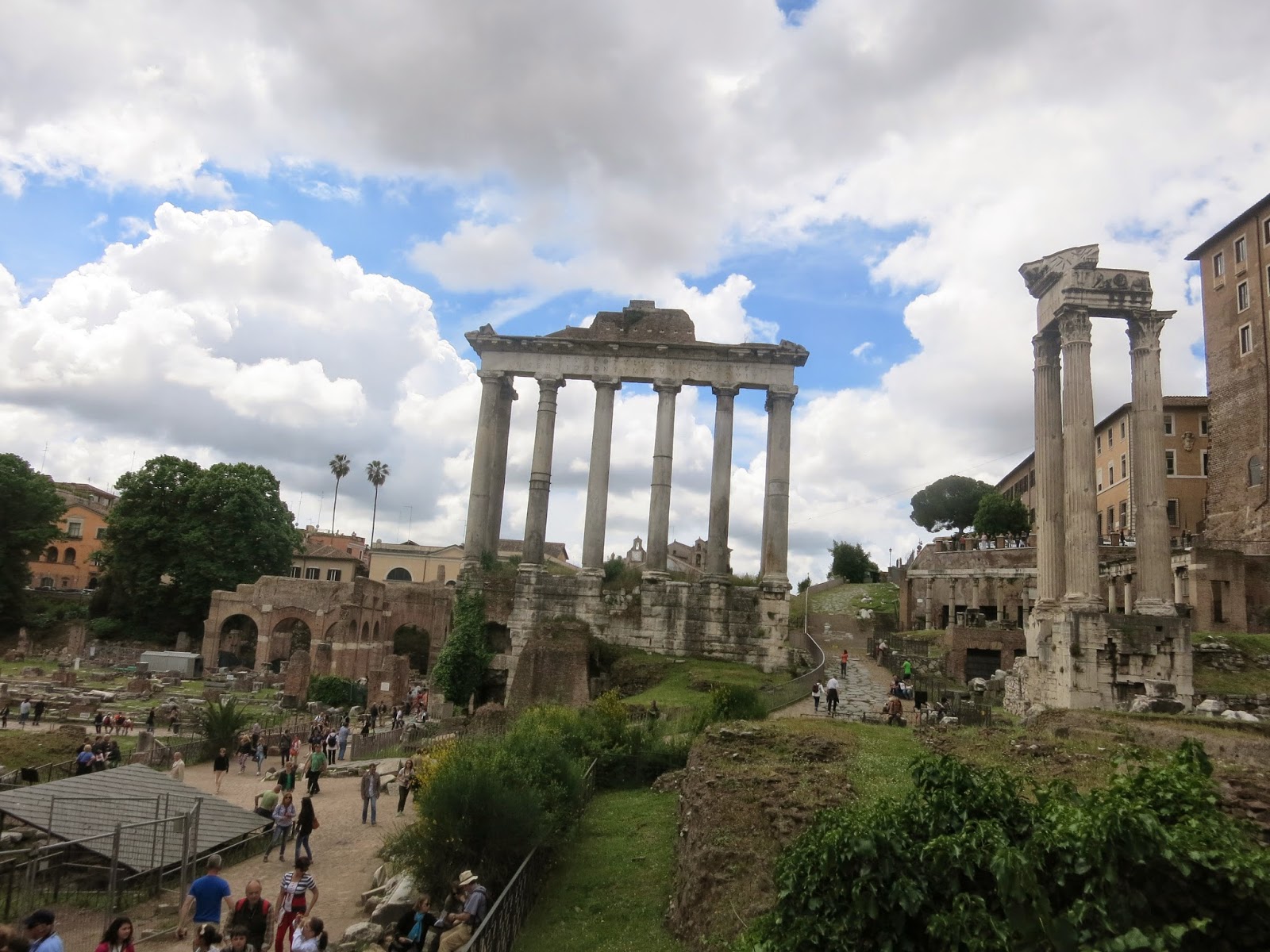 My strategy the first day was to walk as much as possible without stopping. The entire city is a museum with ruins, historic buildings, and beauty at every corner. Rome is spectacular. On my second day, I went to the colosseum, pantheon, and explored until I literally couldn't take another step. I also got a haircut and pedicure and had a productive and fun day.

During my third day, everything was closed because it was May 1st, the international day for workers. I needed a new strategy because I felt like I had seen a lot the previous day. So I decided that I would visit churches or anywhere that tourists visited. The art in every church is stunning so I was never disappointed when I opened the door. The paintings, sculptures and architecture was incredible. 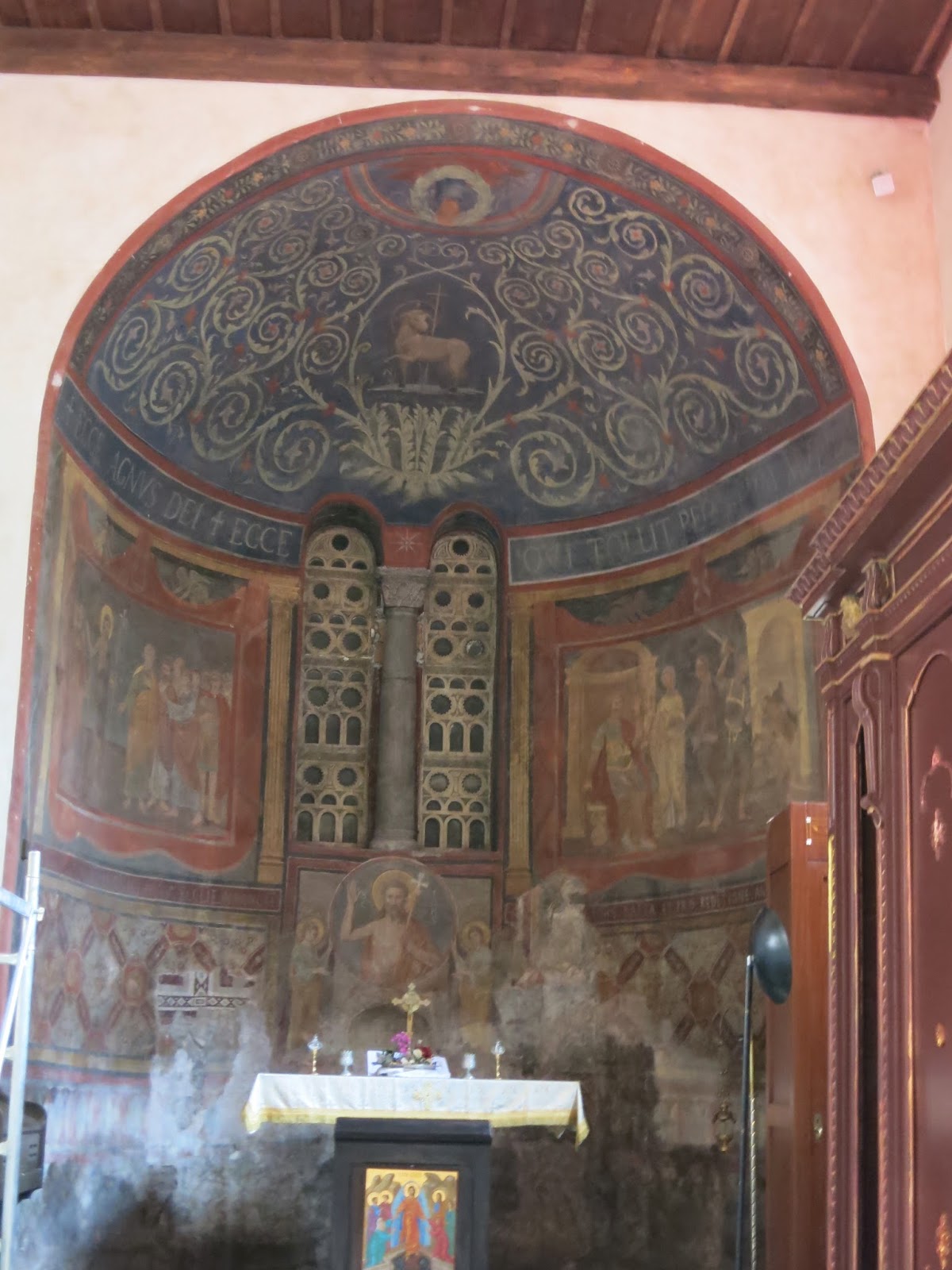 At the end of each day I talked to the people at the hotel about what they saw and did. They explained the places they went and I was happy that I also visited the same places, even if I didn't know why I was seeing them. By following tourists wherever they went, I managed to see everything without any of the planning or research. I also had an element of surprise- I didn't know why I was climbing the stairs or waiting in line but I knew that there was something special on the other side.

Near the end of my third day I met many Senegalese people selling bags and I was happy to discover that one of them was from the same village as my friends (Bouki Jawe) so we had people in common and it made Rome feel like an extension of my travels in West Africa.

I thought I was going to a place where I knew no one and had no friends but from the moment I arrived, I found many friends and "family" members. It really is a small world!

Arrivederci, Rome! It was a truly marvelous visit.... 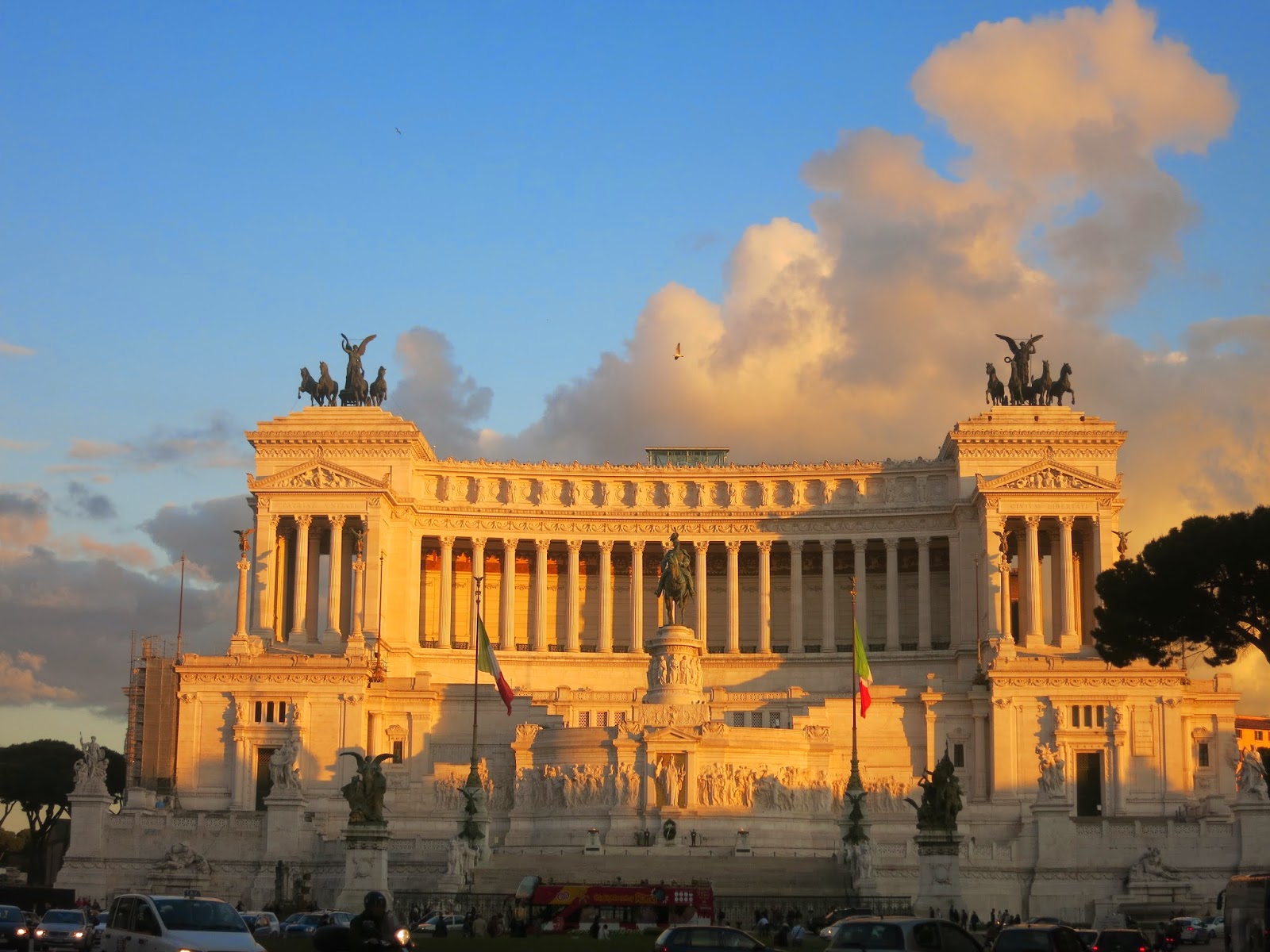 One of my favorite aspects of teaching is unleashing my students' hidden talents. The teachers I train are amazing artists - check out a recent activity we did to illustrate idioms: 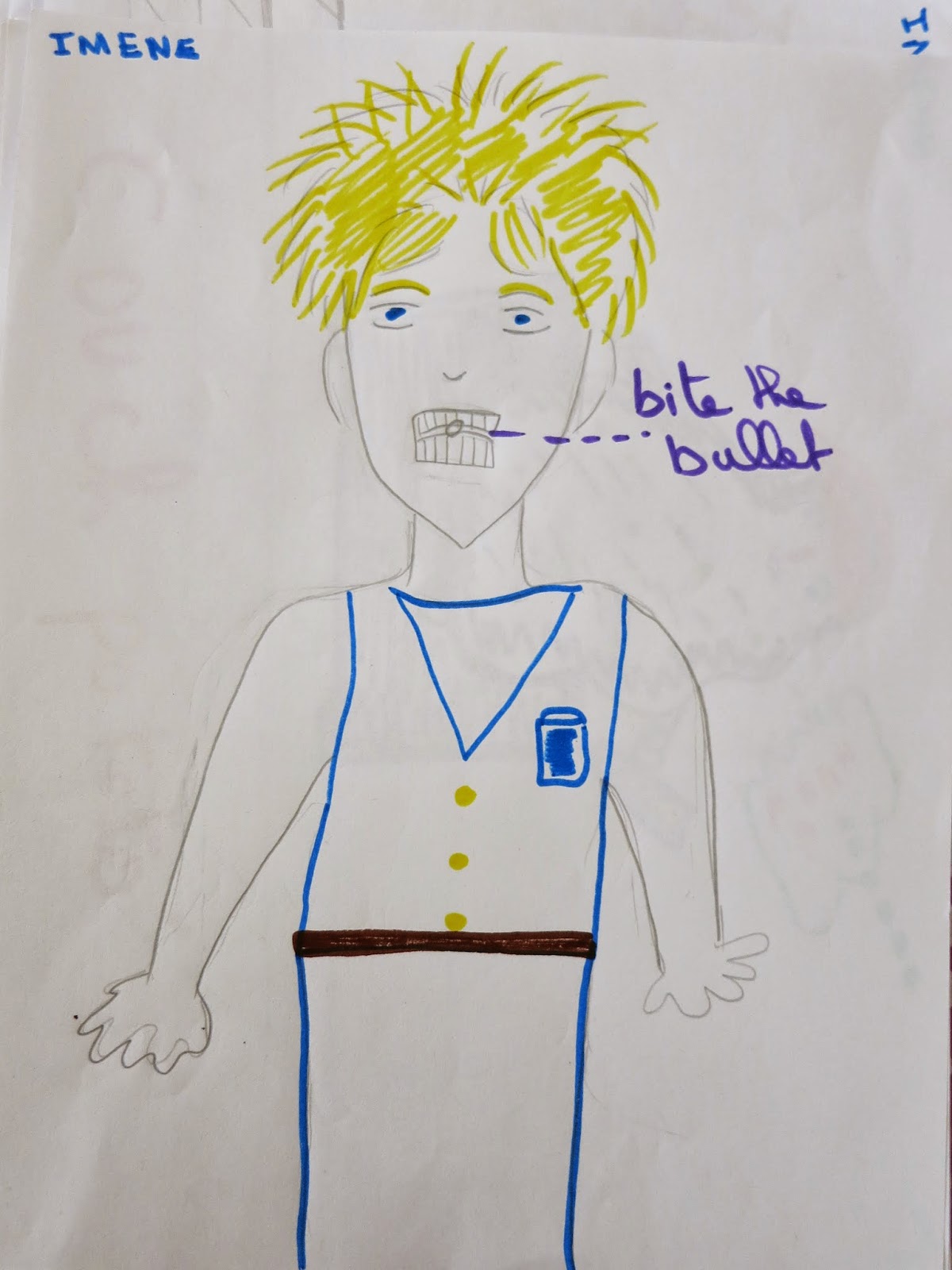 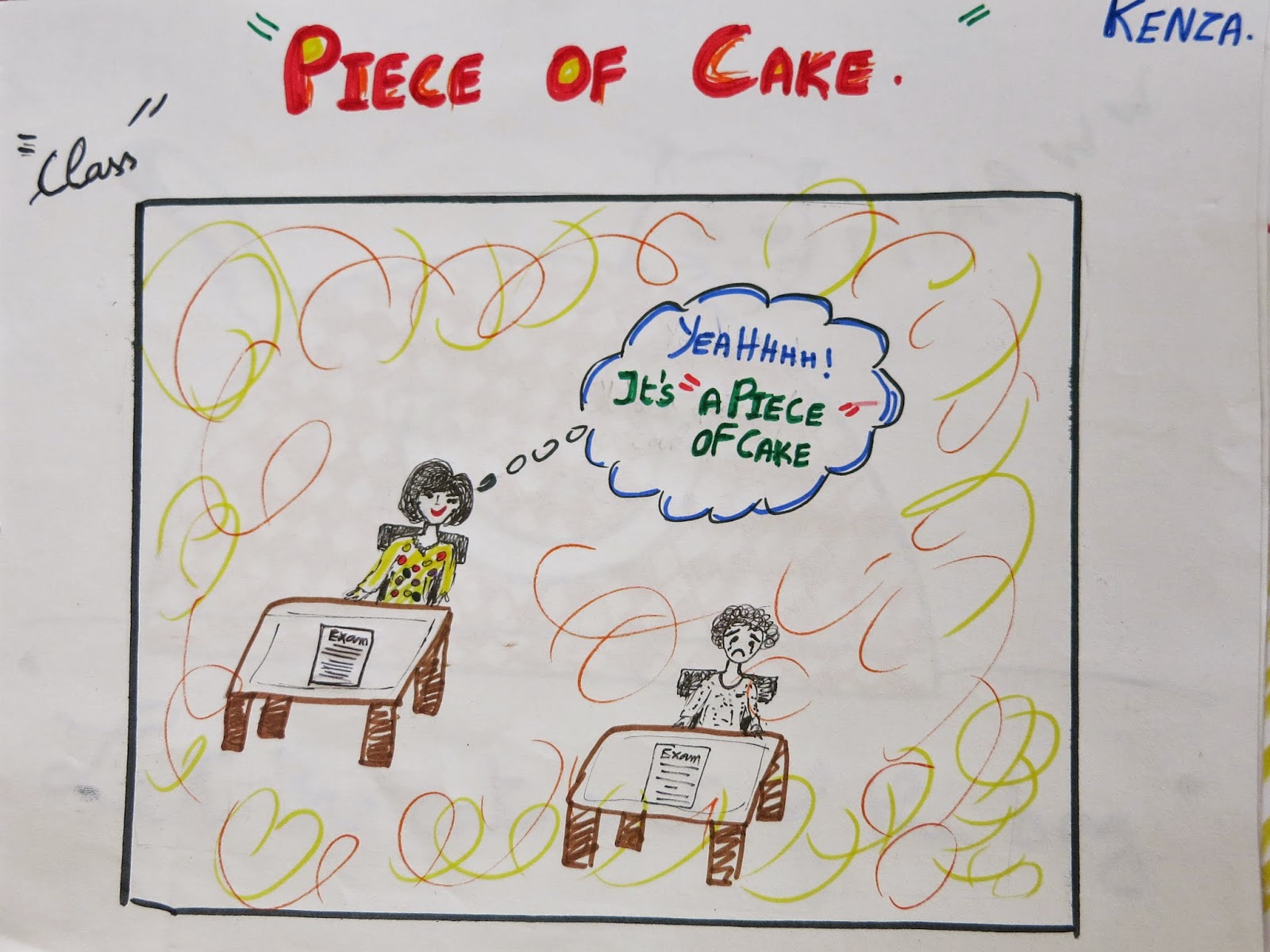 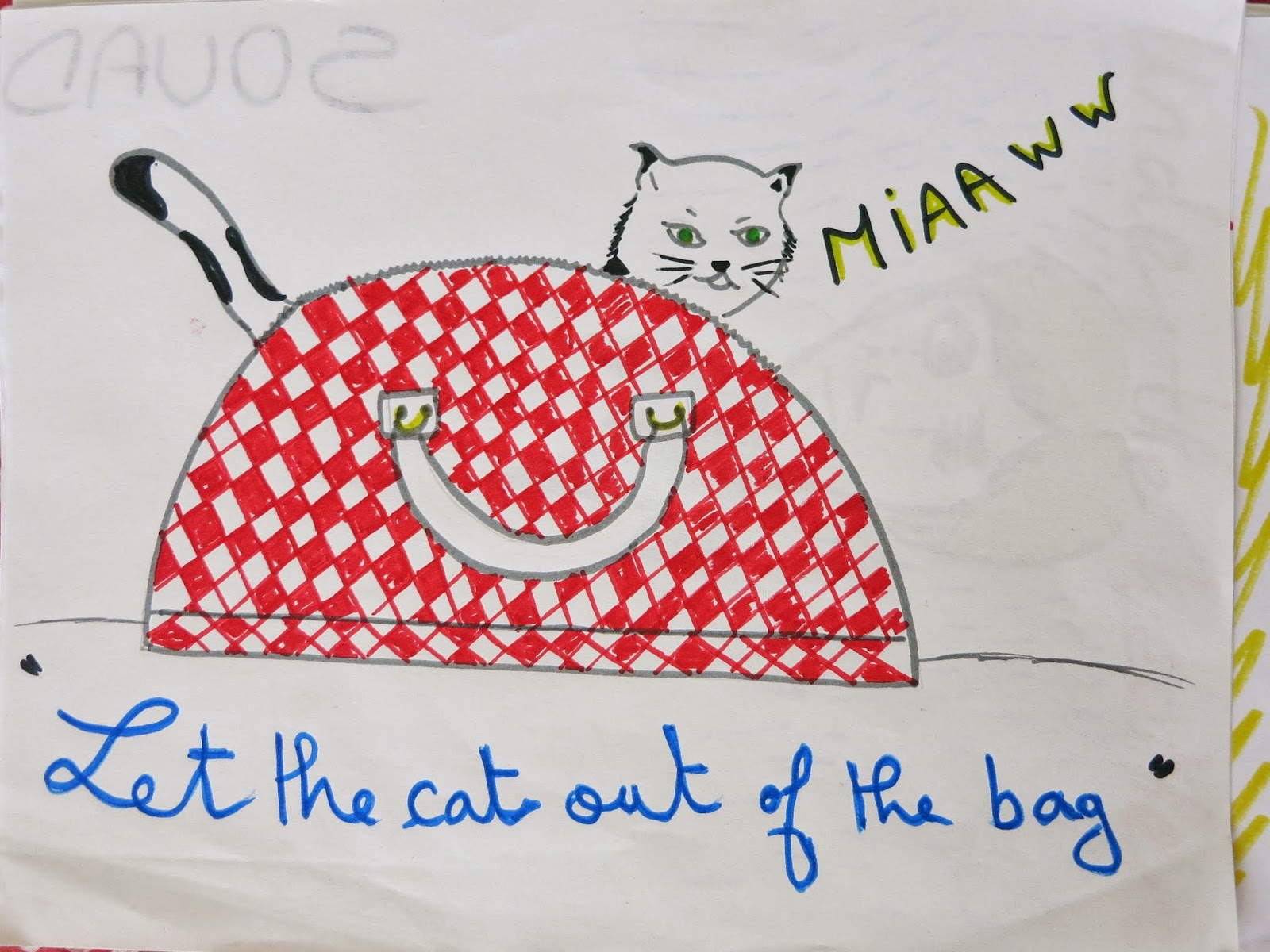 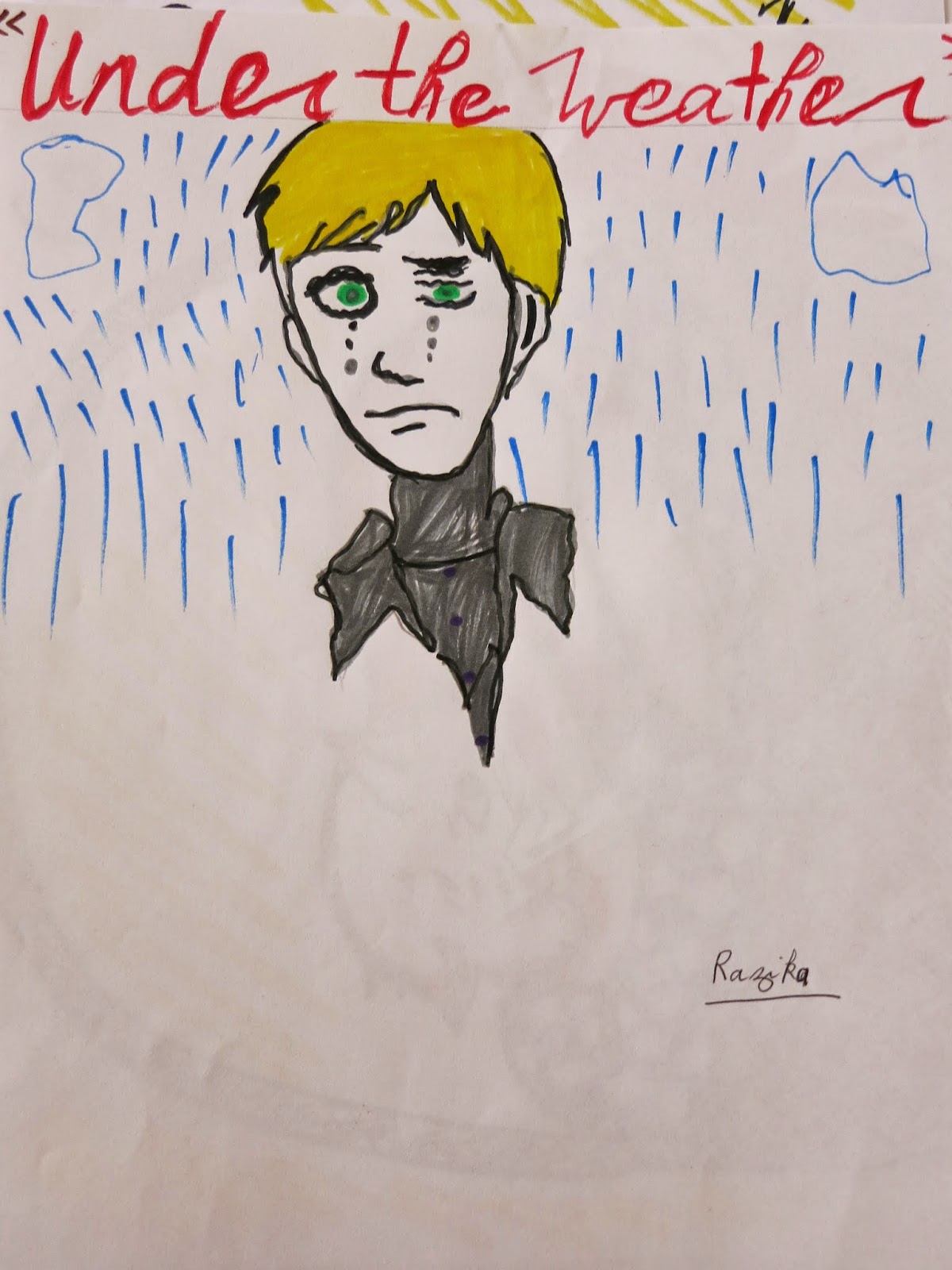 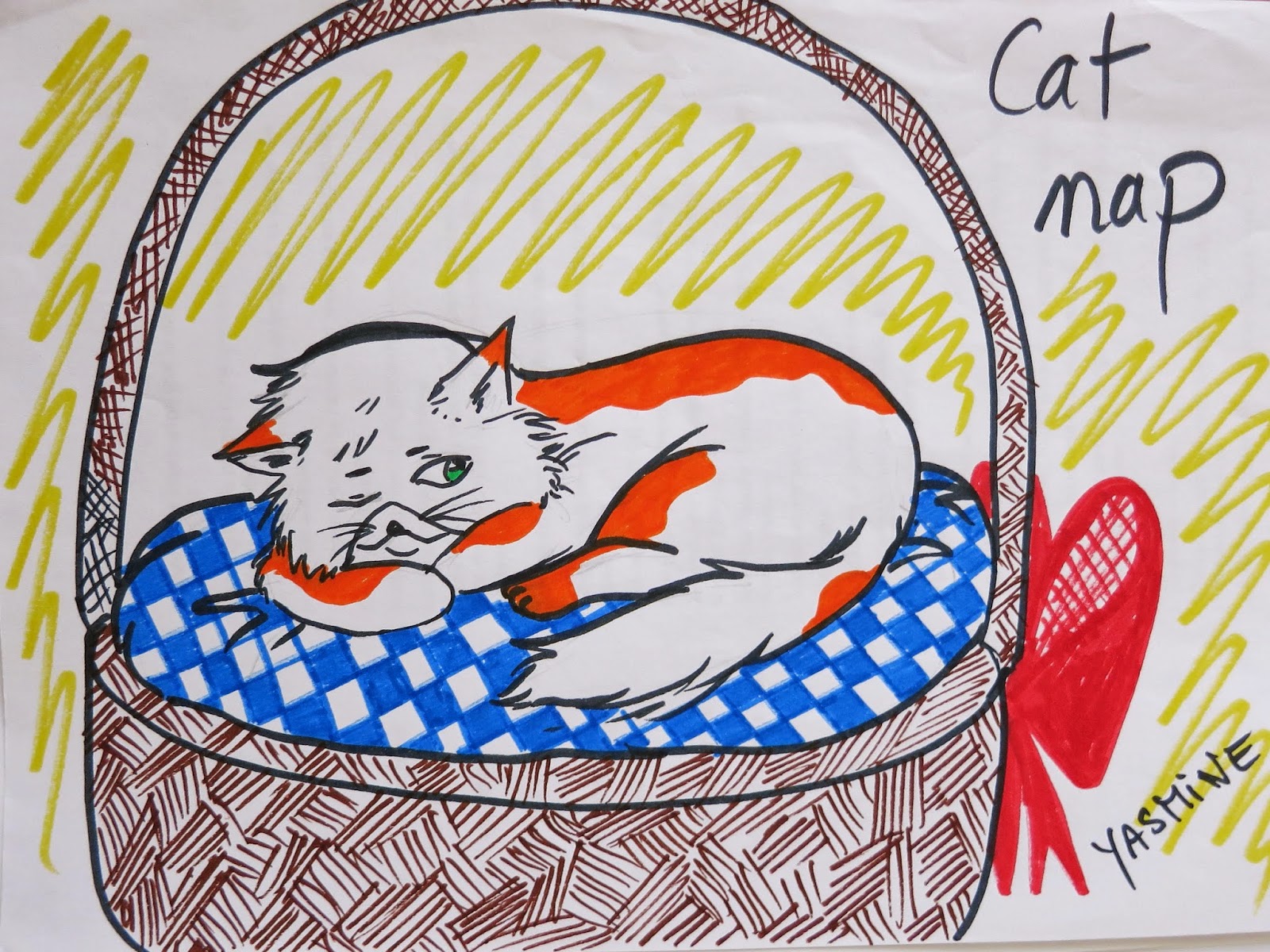 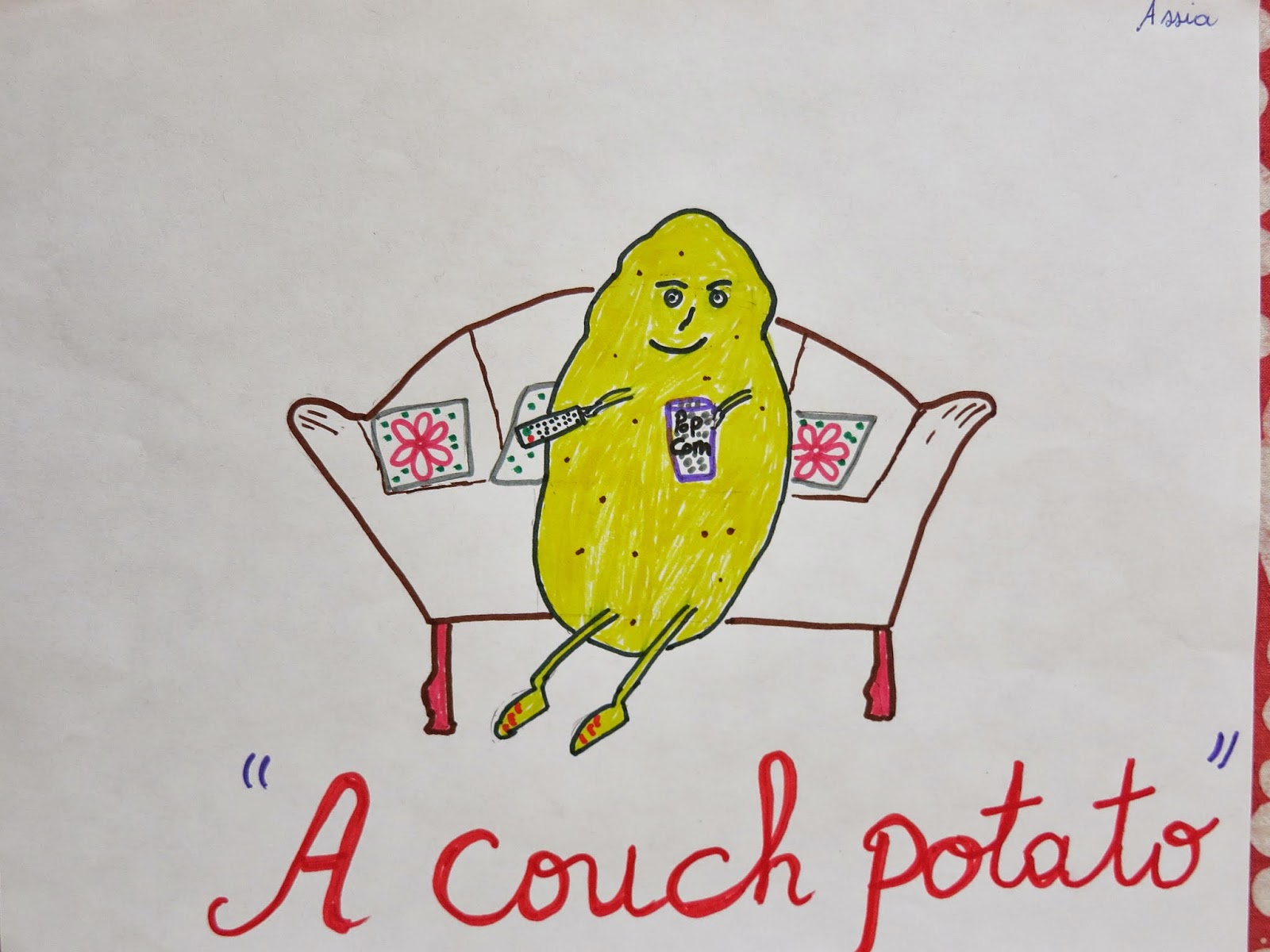 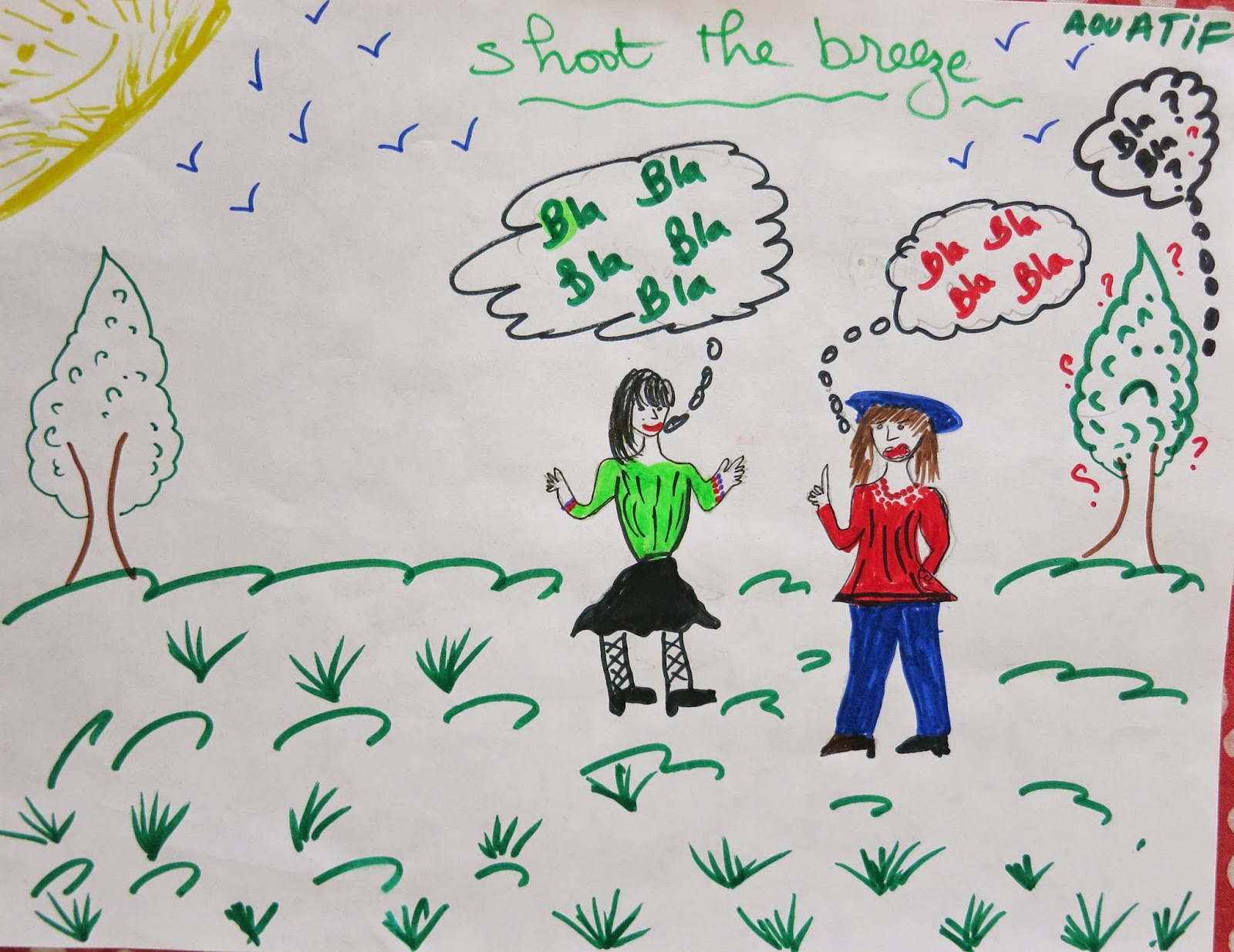 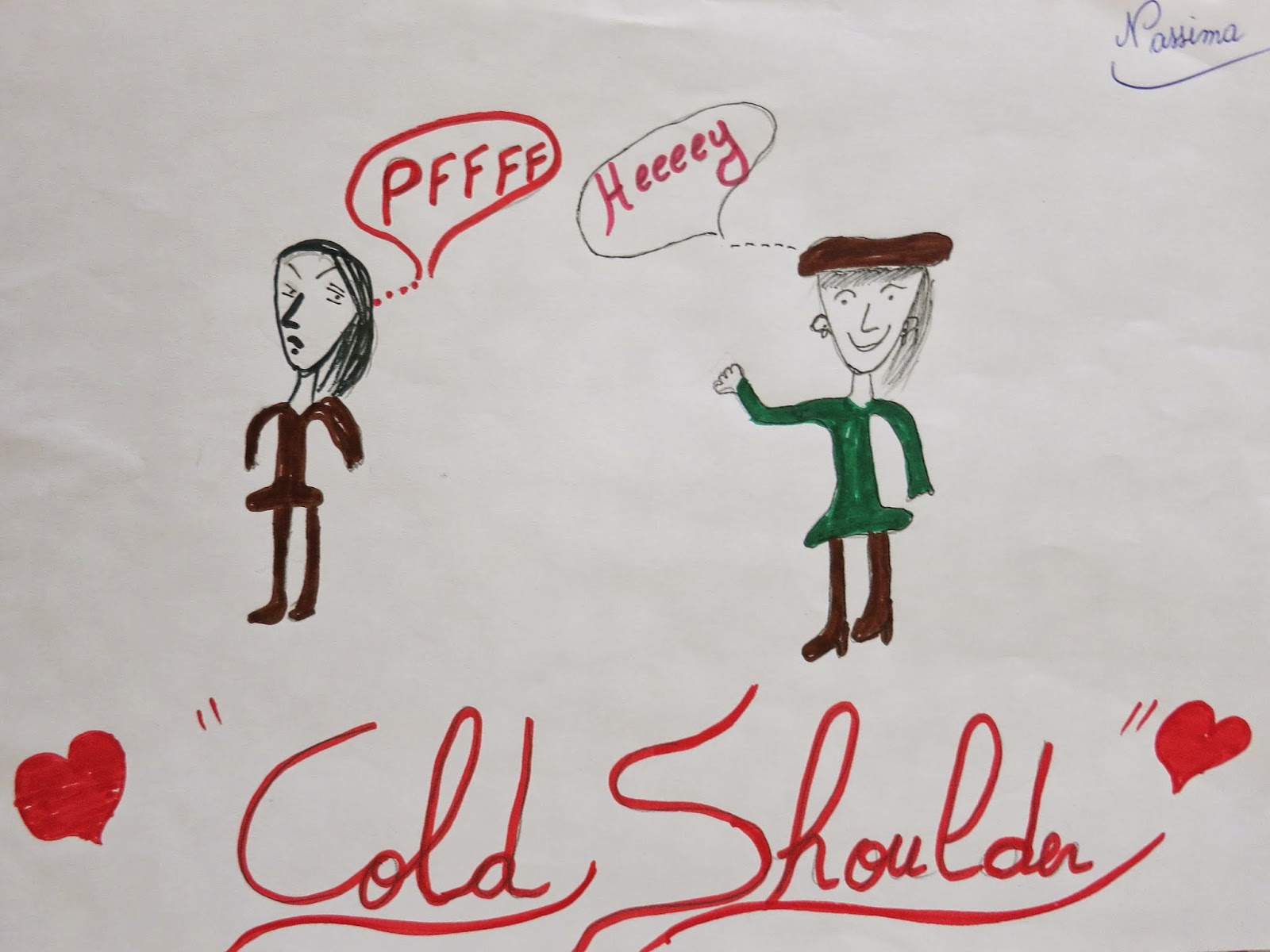 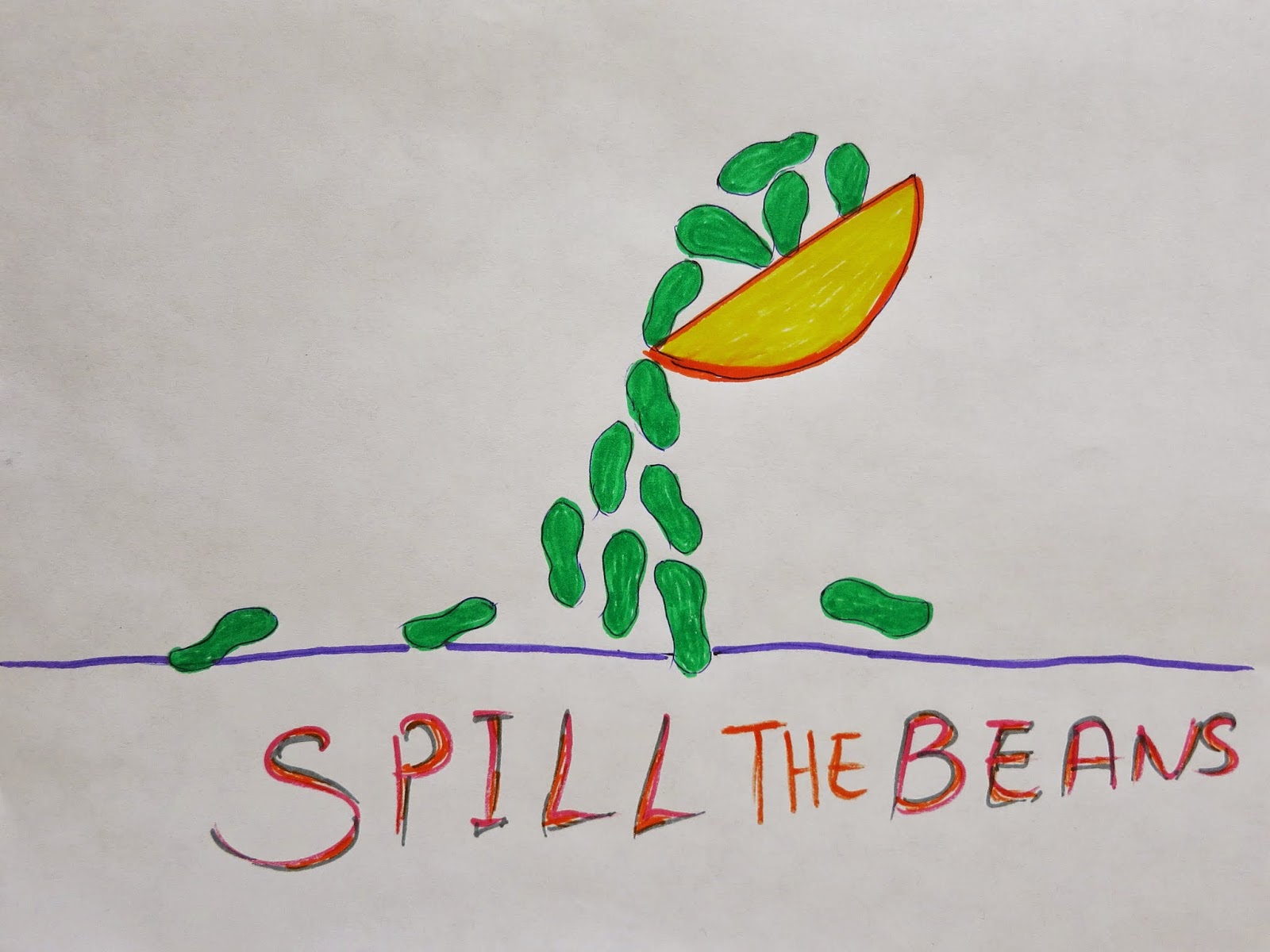 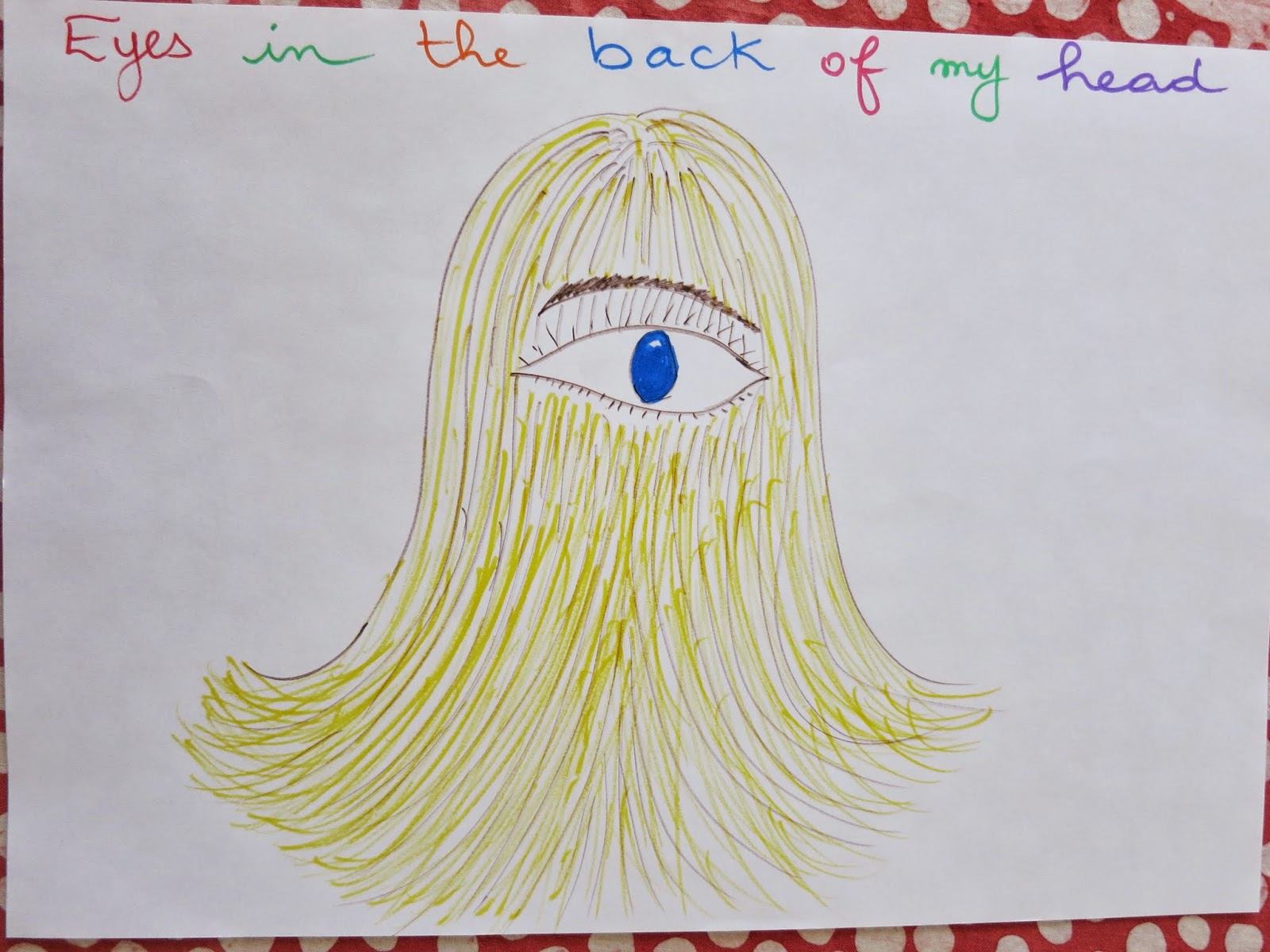 I really like phrases with double sounds. Here are some of my favorites:

Can you think of any more?

"In humility, I realized I am a child of all nations, of all ages, past and present.
Place and time of birth, parents, all are coincidence: such things are not sacred."
- Pramoedya Ananta Toer 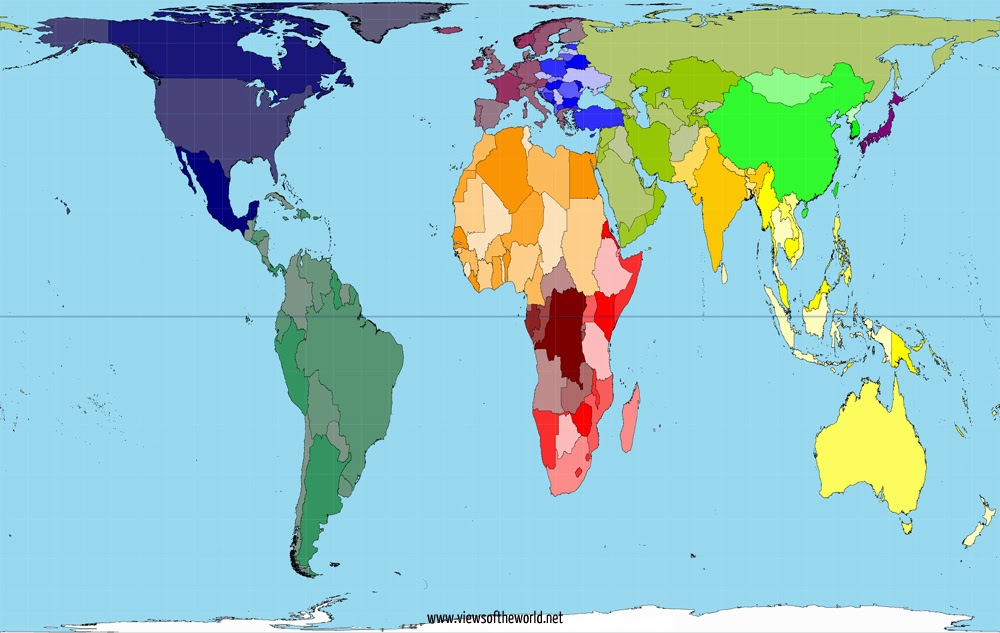 We become global ambassadors for the countries where we live. I have lived in Kenya, Benin, Ethiopia, Mauritania, and now Algeria. I still follow the news and current events there. I don't write my friends as often as I would like to do but I think of them every day. These countries are a part of me. I think about the similarities and differences between each country and my experiences in each place has helped me to understand the world around me.

Often people ask me about my favorite country. I always explain that I don't have a favorite - no country is better than any other. All countries have amazing people and fascinating cultural traditions. I try to represent the positive qualities of each country because I saw immense beauty in each place, separate and unique. It doesn't mean I can't talk about the negative issues because of course there are many challenges to overcome in every country, and the United States is no exception. I want to share my love for the people and places in every country where I have had the privilege to live because I genuinely loved every day I was there. I am a better person than I would be if I had never lived in so many countries. It is a gift.
Posted by Unknown at 3:43 AM 16 comments:

This week I was invited to visit the youth center where four of the teachers in my program are working. The youth center is a large complex and has over 1,000 visitors per month. The Ministry of Youth and Sports named it the best youth center in the country. After spending the day there, I can see why.

My students came to pick me up in the morning at seven am and they dropped me off at nine pm. They showered me with gifts and treated me like a princess. It was a truly spectacular day. The highlight was to meet their wonderful students and see these brilliant teachers in action. It was a day I will never forget! 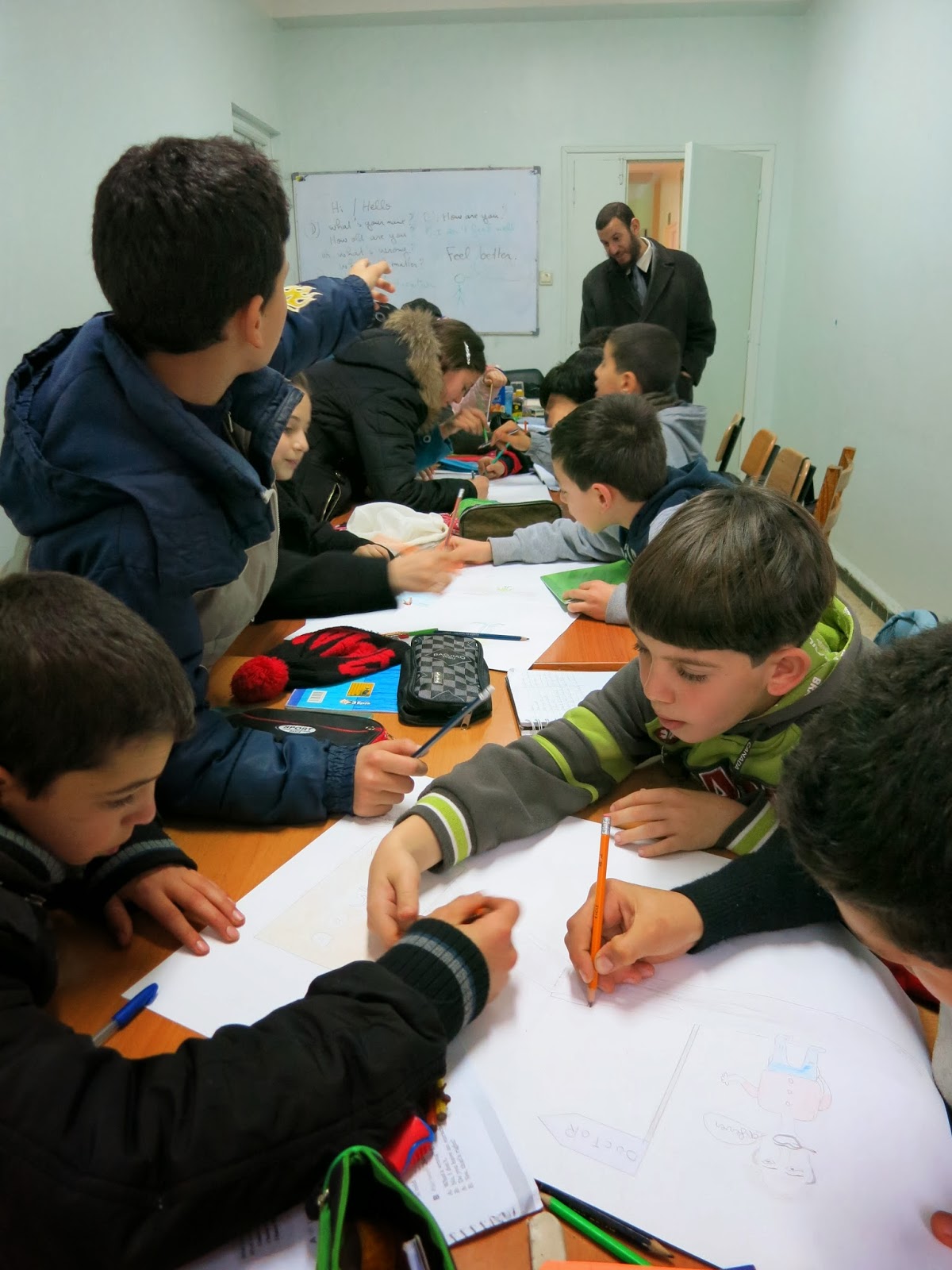 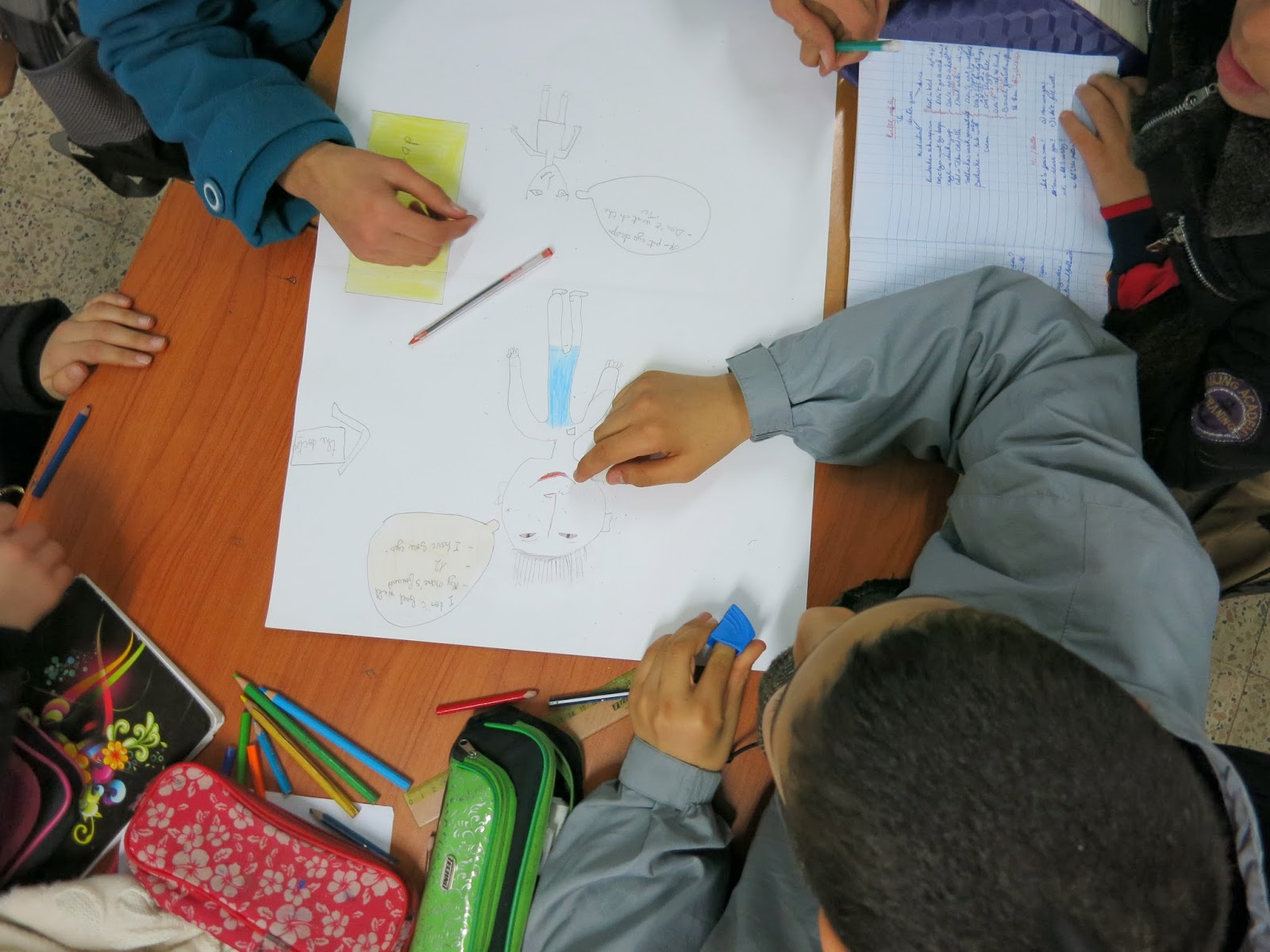 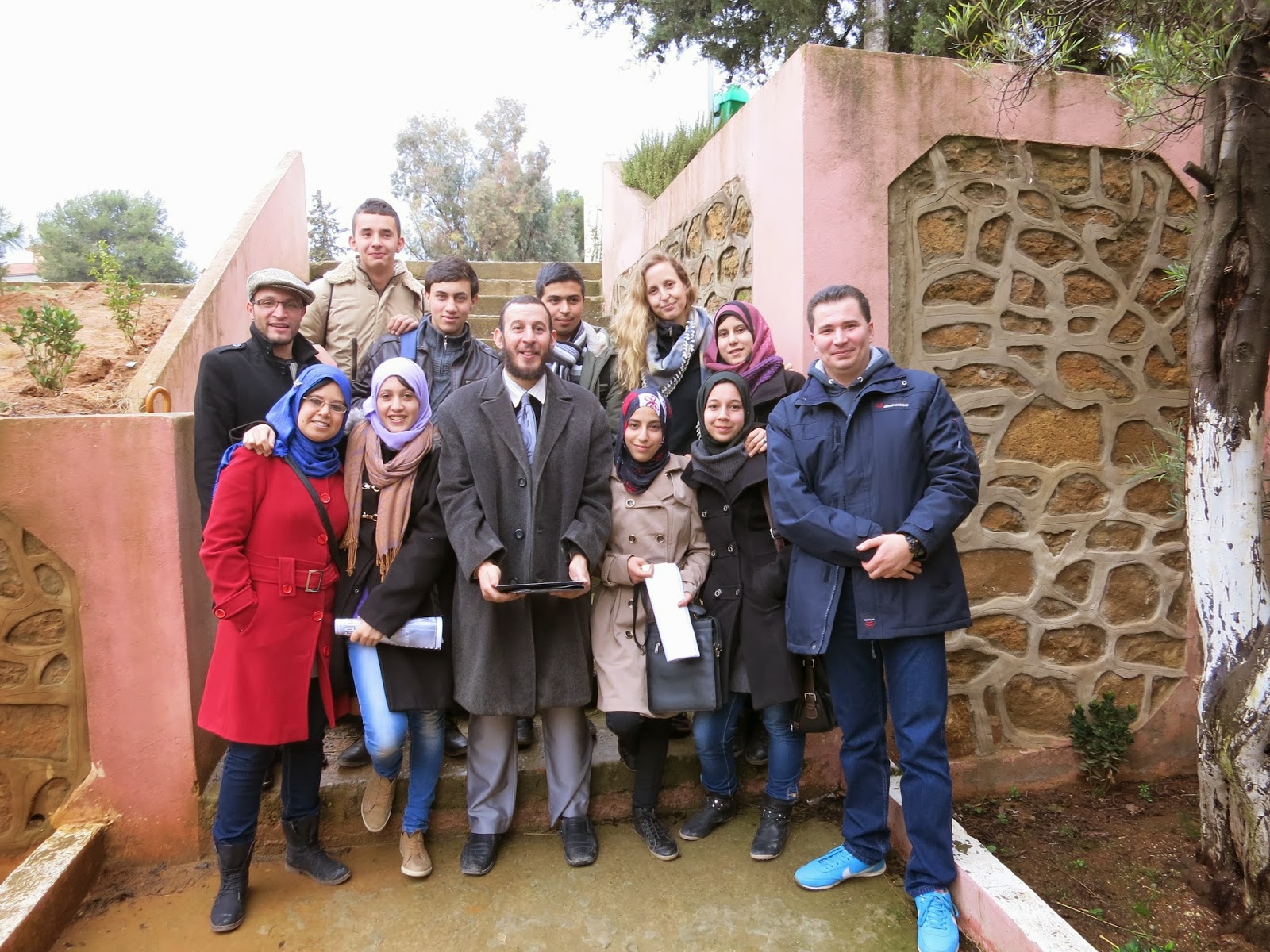 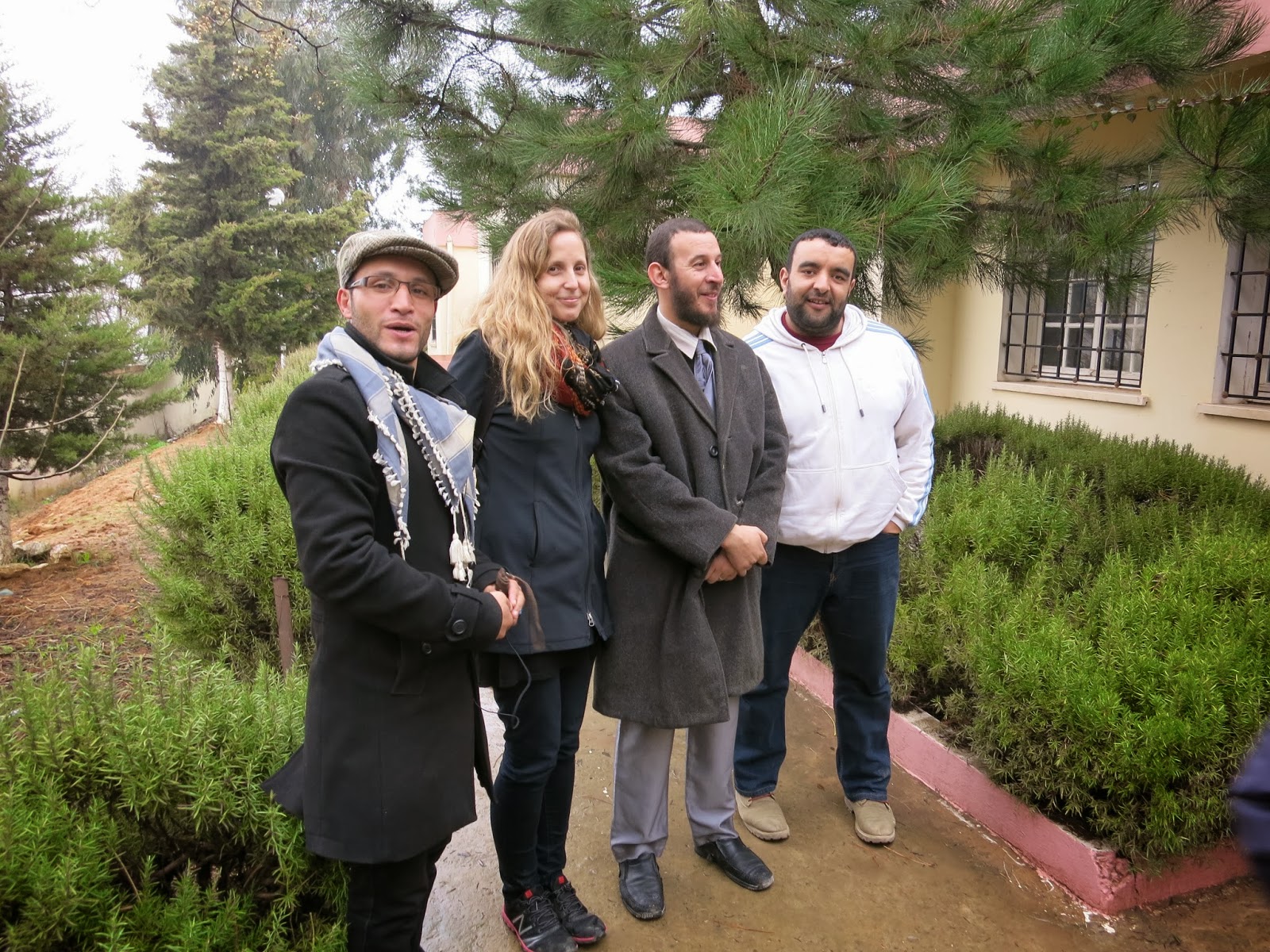